Founded in 2003 by the leading European press media, OPA Europe is the only pan-European association entirely dedicated to digital strategies, supporting its Members in their transformation to digital.
Read More

OPA Europe reports are based on the interactive exchange of insights and solutions, actionable data, case studies, and outcomes.
Read More

Brussels, 25 June 2013 - In an unprecedented move of solidarity, hundreds of Europe's leading publishers and their trade associations at European and National level have joined together in an informal coalition to call on European Commission Vice President Joaquín Almunia to reject outright the package of draft measures offered by Google on 25 April this year to end their abusive practices.

Speaking on behalf of the informal press publishers' coalition, the President of the complainant VDZ (German magazine publishers' association), Prof. Dr. Hubert Burda, states: "If Google does not come up with fundamentally improved proposals very soon, we call on the Commission to use its full legal powers, including an immediate Statement of Objections with effective remedies. Fair and non-discriminatory search with equal criteria for all websites is an essential prerequisite for the prosperous development of the European media and technology sector."

The President of complainant BDZV (Federation of German newspaper publishers), Helmut Heinen, underlines: "As a minimum requirement, Google must hold all services, including its own, to exactly the same standards, using exactly the same crawling, indexing, ranking, display, and penalty algorithms. Google must not use third party content beyond what is truly indispensable for navigation purposes in the horizontal search without prior consent."

Complainants and interested parties were invited by the Commission to "market test" Google's proposed remedies by 27th June. Based on the outcome, the Commission may decide whether or not to accept Google's offer and make the commitments binding on Google, thereby closing the investigation without a prohibition decision or a fine.

The Commission is acting because it believes Google's actions create "potential harm to consumers in terms of reduced choice, quality and innovation." In addition, the Commission stated that intervention is critical now so that Google's dominant position in web search of over 90% does not preclude the possibility of entry for other competitors in neighbouring markets.

The President of the Spanish complainant AEDE (Spanish association of daily newspaper publishers), Luis Enríquez, states: "In short, Google's proposed remedies do not address the overarching problems and fundamental harms that Google's conduct causes in search- related markets and none of them aims at restoring effective competition. Instead, the proposed remedies place minor constraints on Google that would, at best, modestly alter its behaviour but which in practice have no effect on the structure of the market. In some ways, they might actually make matters worse by entrenching dominance and misleading consumers. Hence, we all believe that more effective remedies including structural measures are justified and necessary as a means to restore the dysfunctional market to competition."

Google is proposing several commitments to bring the investigation to an end. In particular, to label their own preferred links to its own sites in search results. Publishers say that this will mislead consumers into thinking these were somehow tailor made results to their search queries and interests, thereby causing even greater harm to competition.

Google will also provide website operators with the option to block their websites from access by Google, which is no option at all for publishers given Google is now super- dominant and the de-facto gateway to the internet. Press publishers' concerns are increased by the fact that queries entered by European users on Google.com, Google Chrome, Voice Search, or Google search engines integrated on other sites are excluded from the proposed remedies.

A detailed paper explaining the adverse effects of Google's practices is available here and an Executive Summary is attached together with a list of supporting organisations.

The European Commission is acting because it believes Google's actions create "potential harm to consumers in terms of reduced choice, quality and innovation" and has stated that intervention is critical now so that Google's dominant position in web search of over 90% does not preclude the possibility of entry for other competitors. Preliminary findings by the Commission show that:

Complainants and interested parties were invited by the Commission to "market test" Google's proposed remedies (published 25 April) by the 27th June so that the Commission may decide whether or not to accept their offer and make the commitments binding on Google thereby closing the investigation without a prohibition decision or a fine.

Google's proposals are clearly ineffective and it is difficult to see how they could be improved to a point at which they suffice to end search manipulation and content theft and restore competition.

The undersigning associations request the Commission to refrain from accepting Google's current proposals or any altered commitments that do not achieve the following minimum requirements:

The Commission has been negotiating a settlement with Google since May 2012. Considering the result so far, unless Google comes up with new commitments that fulfil the criteria set out above very soon, we expect the Commission to issue a statement of objections immediately. 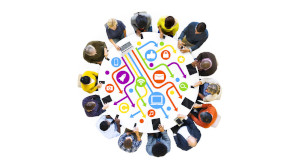 Connect With Us Today

OPA Europe is affiliated
with the US-based